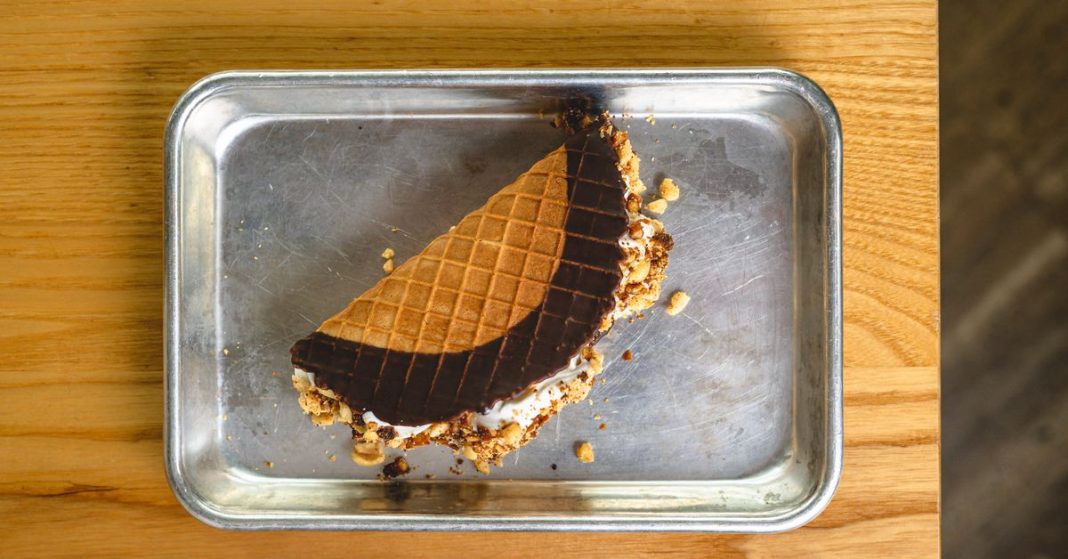 Music lovers in and around Chicago should be thrilled because the country music diva will be performing a concert in the city...
Read more
Reviews

The highly anticipated Camilo Tour 2022 is coming to Chicago at the Allstate Arena, and fans can’t keep calm anymore! If you...
Read more
Reviews

2022 has seen the nostalgic rise of Taco Bell’s Mexican Pizza, and now the demise of Klondike’s Choco Taco. The company will no longer manufacture the ice cream novelty, as first reported by Chicago’s very own Dennis Lee, a writer used to different types of scoops.

Locally, a Logan Square restaurant, Lonesome Rose, is hoping fans will find solace in its own version of the treat, called the “Chaco-Taco.” A restaurant rep saw the news about the original and cheerfully blasted news releases to Chicago media. Lonesome Rose has offered the item since 2017 when it opened, though a rep says chef Sal Moreno briefly took it off the menu. The social media response has been positive since the restaurant posted a photo Wednesday on Instagram.

Lonesome Rose isn’t the only local spot with a version. Troubled Parlor Pizza Bar has a takeout window called Dessert Dealer at its three locations where it serves the “TACOlato.”

For many who were fortunate to encounter the Choco Taco in childhood, the savory-to-sweet inversion came as a gastronomic revelation, a “wait, you can do that?” culinary experience in the most unremarkable of contexts: in a school cafeteria, beside an ice cream struck on a street corner, in line at the supermarket. The ingredients may not have been special, but the sticky, textural, gleefully gluttonous exercise is for some a stand-out memory from summers and school lunches past.

Several famous celebs mourned the loss including Bizarre Foods’ Andrew Zimmern, and author Stephen King. As Laine Doss writes in the Broken Palette newsletter, “there’s something more than nostalgia going on. The dessert, comprised of vanilla ice cream sandwiched inside a taco-shaped cone, then topped with chocolate and nuts, seems like a favorite among culinarians.”

Chicago Gourmet tickets are on sale with the annual food fest returning Thursday, September 22 though Sunday, September 25 at Millennium Park. Auxiliary events, like the Hamburger Hop and Tacos & Tequila will return, as will the full Grand Cru. Over the last few years, the festival has scaled back due to COVID concerns. The festival features local talent such as Stephanie Izard (Girl & the Goat), Joe Flamm (Rose Mary), Rohini Dey (Vermillion), Becca Grothe (TriBecca’s Sandwich Shop), and more. It’s also netted two big visiting chefs: Kwame Onwuachi of LA and Daniel Boulud of N.Y. Perhaps the appearances are trial balloons to gage interest in opening a Chicago restaurant. Or it’s just a reason to visit Chicago in the summer. Who can really say?

A Wicker Park nightclub will reopen soon, vindicated by city’s report on nearby shootings

The Point nightclub in Wicker Park is scheduled to reopen in August, six months after police shut it down following two shootings outside the bar in less than four months, according to Block Club Chicago. Chicago’s Department of Business Affairs and Consumer Protection ruled in June that a “public safety threat” did occur in February when a man on the street fired shots into the bar, striking a customer below his right eye. Point owner Joe Lin, also behind Bourbon on Division, a late-night bar in West Town, who has long contended that he and his staff did everything they could to protect bar patrons, was backed up by the report: “the mere unfortunate fact that some of the Point’s patrons may have gotten caught in the crossfire … cannot be attributed to the Point, any more than it can be attributed to other businesses located on said block,” it reads in part.

Chef Stephen Sandoval (Leña Brava) is hunting for a permanent space for Entre Sueños, his wildly popular Baja Med pop-up (see: Mexican meets Asian meets Mediterranean) currently running out of Soho House Chicago, Trib co-critic Nick Kindelsperger casually revealed in his Monday review. Sandoval’s ambitious project kicked off in 2021 in Old Irving Park before relocating this summer to Soho House for a series of bi-monthly 20-seat dinner events, that according to Kindelsperger will run at least through early 2023.

Where to Eat in River North

Wondering what’s in the works in the Chicago area for restaurants, bars, and cafes? Look no further than Eater Chicago’s guide...
Read more
Nightlife

San Soo Gab San, a cherished Korean barbecue known for its charcoal grill tables, was shut down last week by the...
Read more

Music lovers in and around Chicago should be thrilled because the country music diva will be performing a concert in the city...
Read more
Reviews

The highly anticipated Camilo Tour 2022 is coming to Chicago at the Allstate Arena, and fans can’t keep calm anymore! If you...
Read more
Reviews

Get ready with the tickets to see one of the most exciting concerts scheduled to take place in Chicago. As a former...
Read more

Chicago Times Mag, is a Chicago blog website. We provide you with the latest breaking news from the Chicago industry.

Music lovers in and around Chicago should be thrilled because the country music diva will be performing a concert in the city...
Read more

The highly anticipated Camilo Tour 2022 is coming to Chicago at the Allstate Arena, and fans can’t keep calm anymore! If you...
Read more

Best Places to Sell Your Used Clothes in Chicago

Got the urge to reorganize your closet? Before you toss out those old sweaters and accessories, consider selling them! Not only is...
Read more

In recent years, countless people on social media have started featuring cartoons of apes with different styles and appearances. Avatars were hot in social...
Read more

Best Restaurants With Igloo Dining in Chicago this Winter

What’s the most iconic thing to do in Chicago during the winter seasons? Igloos! Things are so...
Read more